This need was recognised by, among others, Consultant Surgeon Dr Peter Jennings and Chief Nursing Officer, Ann Denholm from Medway’s new and innovative Symptom Control Team.

Terminally ill cancer patient Molly Wisdom was under their care. She was so impressed by the new service that she vowed to raise funds for a hospice.

“If you can keep me alive until June, I will have two coffee mornings for you and raise £50,” said Molly in 1977 to her doctors. She wildly exceeded her modest goal and in the final seven months of her life raised the first £2,000 for The Wisdom Hospice, named in her memory.

The Friends of The Wisdom Hospice was set up to build on her vision and inspired an army of determined fundraisers. One of those fundraisers was Wynn Bartlett, an outpatient sister at St Bartholomew’s Hospital.

“The team of nurses all worked together. We had jumble sales, market stalls, fruit stalls and bazaars at St Barts. We held a Dickens Day, we had an event where we only dressed in blue and sold things that were blue. Our husbands grew beards then shaved them off. It was great. The people in the town were wonderful. It was a tight knit community, like a big family and we had a captive audience with all the outpatients coming and going. We raised an amazing £10,000 for the hospice and we were all proud of our fundraising efforts and what we’d managed to achieve.”

Fast forward to 1983 and £700,000 later, the fundraising goal was achieved. The Wisdom Hospice was built and opened its doors in spring 1984. Later that year, on Wednesday 31st October, Her Majesty the Queen and the Duke of Edinburgh officially opened the hospice

“If one day was paramount in 1984, then that day must be Wednesday 31st October, when the whole of this Medway area was gladdened by the Royal visit.” 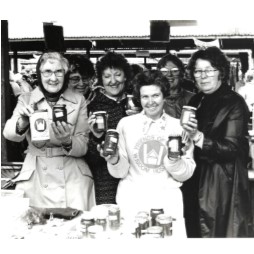 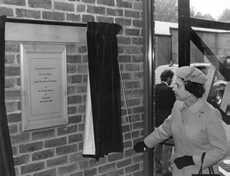 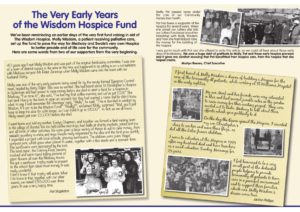 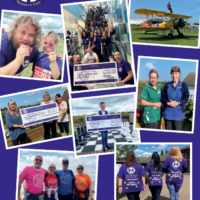 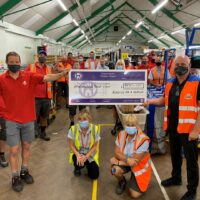